Too much too soon

Availability: In stock
ISBN:
0001000016033
Author: Jacqueline Briskin
Be the first to review this product

Email to a Friend
Description
Review(s)
Three sisters arrive in San Francisco after their mother dies with dreams of making a new life for themselves. Honora, the eldest, quickly falls in love with the suave and devastatingly handsome Curt Ivory, an employee at the engineering firm  of the girls’ wealthy uncle, Gideon Talbott. When Gideon hears of the twosome’s romance, he fires Curt, and the young couple must flee down the Californian coast. Desperate to support himself and Honora, Curt starts his own firm, which quickly gains prominence and becomes Gideon’s biggest business rival. Meanwhile, Crystal, the beautiful but manipulative middle sister, and the spunky and clever younger daughterJocelyn are left with Gideon, and Crystal agrees to be Gideon’s wife out of greed rather than love. Jocelyn is horrified by Crystal’s choice and runs away to Los Angeles to live with Honora and Curt. In L.A., Crystal flourishes, graduating from a prestigious college and working as an engineer at Curt’s firm. Despite her talent in the workplace, she gives up her job to marry the charming but reserved Malcolm Peck, a decision that leads her to make choices she will later regret until the day she dies. Through it all, the three sisters remain connected by an unbreakable bond—one that is tested again and again by acts of betrayal and deceit, and twists of fate that shake them to their very core.A steamy saga that takes readers from engineering sites in the most remote corners of the globe, to the posh neighborhoods of Hollywood, and finally to a dramatic conclusion on the floor of the Senate,Too Much Too Soon is the ultimate exploration of love and the relationships that define us all.
Write Your Own Review
Related Products 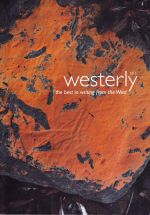 Think of a Number