Availability: In stock
ISBN:
9781846682780
Author: Francesca Simon
Be the first to review this product
Email to a Friend
Description
Review(s)
Freya is an ordinary girl living in modern Britain, but with a twist: people still worship the Viking gods. She's caught in her parents' divorce, and shuttling between bickering adults is no fun. One evening, stuck with her dad on his night shift at the British Museum, she is drawn to the Lewis Chessmen and Heimdall's Horn. Unable to resist, she blows the horn, waking three chess pieces from their enchantment; the slaves Roskva and Alfi, and Snot the Berserk. They are all summoned to Asgard, land of the Viking gods, and told they must go on a perilous journey to restore the gods to youth.If Freya refuses she will be turned into an ivory chess piece but, if she accepts her destiny and fails, the same terrible fate awaits her.Brilliantly funny, original and a wholly new take on the Norse myths - and the travails of contemporary family life.
Write Your Own Review
Related Products 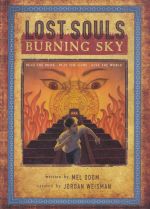 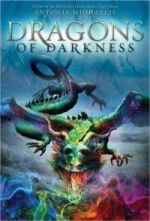 Lady of the Trillium