Availability: In stock
ISBN:
9780751523195
Author: John Katzenbach
Be the first to review this product

Email to a Friend
Description
Review(s)
A professor of abnormal psychology, Jeffrey Clayton struggles with a dark past. Twenty-five years before, Jeffrey and his mother and sister fled his tyrannical father - a man who was later suspected in the heinous murder of a young student. Though never charged,he committed suicide. Or so it seemed. Jeffrey's mother and his sister, Susan, have since concealed themselves in the remote tangled swamps of Florida's Upper Keys. But someone has sent Susan a cryptic note that carries a terrifying message: I have found you.
Write Your Own Review
Related Products

The Secret of Crickley Hall 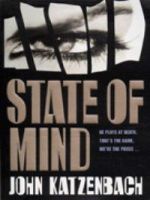