Availability: In stock
ISBN:
9780345324474
Author: Alan Dean Foster
Be the first to review this product
Email to a Friend
Description
Review(s)
Before Man and insectlike Thranx had become allies, when the reptilian AAnn were just occasional raiders of Thranx colony worlds, one young Thranx agricultural expert lived a life of quiet desperation. A dreamer in a world of sensible, stable beings, Ryo buried himself in his work -- reclaiming marshland from a tenacious jungle -- until he came across a letter describing a relative's encounter with horrid, two-legged, soft-skinned space-going beasts . . .
Write Your Own Review
Related Products 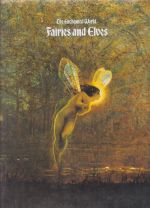 The Enchanted World: Fairies and Elves