Availability: In stock
ISBN:
9780989274876
Author: Michael W. Sherer
Be the first to review this product
Email to a Friend
Description
Review(s)
Blast From The Past... Blake Sanders thought he left his Midwestern past behind when he went to UW on a basketball scholarship more than 20 years earlier. But Keely Radcliffe drags it back into the present when she shows up on Blake's stoop one morning to ask for his help. Back then, Keely's sister was killed in a lab explosion on a university campus in southern Illinois. Blake's best friend Perry Langford was arrested and convicted of murder for setting the charge, but Langford always maintained his innocence, claiming someone else blew up the building. Not even Blake knows what really happened, and he was there, a secret he's kept all this time. Now Langford is out of prison, and he's gunning for all those he holds responsible for his 20-year stint in stir, including Blake. A week later, Blake's cop friend Charlie invites him to a backyard barbecue at his folks' house. Masked gunmen burst in on the festivities before the two of them can even open a beer. Charlie and Blake manage to hold off the marauders, but Charlie is wounded, and when the smoke clears Charlie's parents have vanished. Events begin to snowball, putting Blake on the run from both the shooters and Langford, his childhood friend, and Blake realizes they're all related. Soon the FBI and even naval intelligence officer Reyna Chase are on his tail, too. Whoever planted the bomb 20 years ago is cleaning up loose ends, and the prize they're still seeking after all this time-a revolutionary battery design-is worth a fortune, even worth selling out one's own country...and killing for.
Write Your Own Review
Related Products

The Malice of Waves 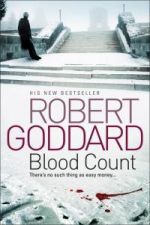 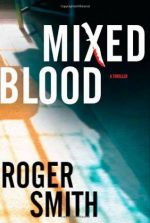