My View from the Corner

Availability: In stock
ISBN:
9780071477390
Author: Angelo Dundee; Bert Sugar
Be the first to review this product
Email to a Friend
Description
Review(s)
"Dundee is one of the greatest innovators in the annals of the sweet science…guiding world champions as diverse in gladiatorial gifts and mind-sets as Carmen Basilio, Willie Pastrano, Luis Rodriguez, Sugar Ray Leonard, George Foreman (in his comeback) and, of course, Muhammad Ali…Bert Randolph Sugar has superbly captured Dundee’s unique diction...by the end the reader will know precisely what it is like to listen to the Bill Walsh of boxing hold court on the exotic art of the cornerman.”--The New York Times Angelo Dundee has lived a half-century of boxing history. During that period he trained a record-breaking fifteen world champions and countless top contenders--wiping away their sweat and blood and instilling whatever it took to win. My View from the Corneris his story in his own words. It is also the story of the legendary ring warriors he has forged into champions, including all-time greats Muhammad Ali, "Sugar" Ray Leonard, and George Foreman, as well as champs such as Willie Pastrano and Carmen Basilio. But you won't just read about prize fighters. Dundee can't tell his tale without including an amazing cast of characters who could only exist in the larger-than-life world of professional boxing. You'll find engrossing stories involving everyone from sportscaster Howard Cosell to artist LeRoy Nieman to mobster Frank Costello. Muhammad Ali also contributes a foreword of his own--delivering his personal insights on Dundee--the man, the friend, and the boxing trainer. The veteran trainer gives you a ringside seat and the inside scoop into what really happened during such classic sports moments as: The Ali-Liston rematch,which even today many believe was "fixed" The Rumble in the Jungle (Ali vs. Foreman)where Dundee was accused of loosening the ring ropes in order to let Ali perform his now famous "rope-a-dope" The second Leonard-Duran fightknown for Duran uttering the infamous"no mas"--Dundee reveals Duran never actually spoke those words Foreman vs. Moorerwhere George Foreman made history by becoming the oldest man to win the Heavyweight Championship Leonard vs. Hagler,which ended with one of the most controversial decisions in boxing history For the first time, Dundee also candidly discusses his feelings about Ali's conversion to Islam, the mob and its influence on boxing, training Russell Crowe forCinderella Man(which Dundee also appeared in), the psychology of training fighters, and much more. My View from the Corneris filled with the depth and insight that can only come from a man who truly loves what he does . . . and is unquestionably the best in the world at it.
Write Your Own Review
Related Products

Paths of Death and Glory

Number One in Heaven 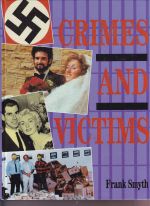 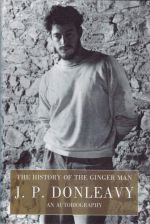 The History of the Ginger Man 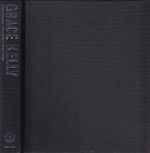 Grace Kelly, A Life in Pictures