Availability: In stock
ISBN:
9781921758775
Author: Niccolò Ammaniti; Kylee Doust (Translator)
Be the first to review this product
Email to a Friend
Description
Review(s)
Lorenzo has a few issues. They include the fact that he doesn't have, or want, any friends. Because this is making his parents unhappy, he tells them he has been invited on a skiing holiday with a group from school. In fact, he is planning to spend the week happily ensconced in the cellar of their apartment building with a supply of canned tuna.Then his estranged older sister Olivia turns up in the cellar with some issues of her own. Over the next few days, as Lorenzo helps her through her heroin withdrawal, they form an intense bond. And Olivia reveals some secrets that the family have kept from Lorenzo.Niccolò Ammaniti, the author of the hugely popular I'm Not Scared, has been described as 'the best novelist of his generation'. With this breathtaking novel, he has produced a small masterpiece.
Write Your Own Review
Related Products

The Girl Next Door

Day of the Bees 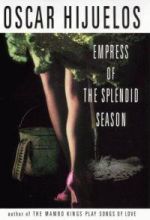 Empress of the Splendid Season