Julius and the Watchmaker

Email to a Friend
Description
Review(s)
Julius Higgins runs errands delivering books to customers of his grandfather’s bookshop—when he’s not running from Crimper McCready and his gang of bullies.

Then a mysterious clock collector turns up looking for the diary of watchmaker John Harrison. Before he knows what he’s doing Julius has tricked his grandfather, run away from home and done a deal with the strange man Springheel. And that’s all before he finds out that the watchmaker’s diary is really an instruction manual for making a time-travel device. Now that Springheel has his hands on it, catastrophe almost certainly awaits.

Julius and the Watchmaker is a fabulous time-travel adventure set in Victorian London—mostly—with an array of colourful Dickensian characters, gyrofliers, carts of offal, sharp-toothed creatures called Grackacks, and the most intricate and entrancing explanation of time and all its possible and probable futures. This debut novel is the work of a brilliant imagination, a classic in the making.
Write Your Own Review
Related Products

The Earth, My Butt, and Other Big Round Things

The Great American Whatever 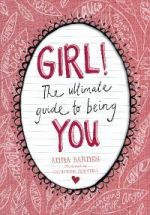