Anything She Can Do I Can Do Better

Availability: In stock
ISBN:
9781740511186
Author: Rachael Oakes-Ash
Be the first to review this product
Email to a Friend
Description
Review(s)

The truth about female competition! Have you coveted, envied, admired another woman's hair, shoes, bag, job, husband, figure or weight this morning? Have you ever breathed a sigh of relief when your ex's new girlfriend turns out to be fatter, uglier or poorer than you? Thought ANYTHING SHE CAN DO I CAN DO BETTER? Chances are, if you’re a woman who engages in society (read, leaves the house), you’re competitive - not that you’ll admit it. Female competition is a taboo topic. It’s covert, rarely spoken about in public, but it exists. We owe it to the future generations of women to encourage the way we compete with each other to be a positive experience in the game of life. This means acknowledging our competitive thoughts, not judging them. Speaking openly, looking at what triggers our own competitiveness, discovering why we compete in some situations and not in others and then working with what we know. Rachael Oakes-Ash interviewed prominent women –including formidable US gossip columnist Liz Smith, Anita Roddick, Julie Burchill, Senator Natasha Stott Despoja, Nancy Friday, Cynthia Heimel, Tara Moss, Wendy McCarthy, Ann Sherry, Maggie Alderson, Fiona Horne, Deborah Lee Furness and Miss Australia – and in her inimitable style, shares their and her own experiences and theories on female competition. A percentage of profits from this book will be donated to the International Women’s Development Agency (an Australian based charity).

Almanac of the Uncanny

Feel the Fear ... and Beyond: Dynamic Techniques for Doing it Anyway 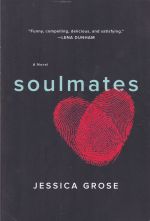